WHAT ABOUT HEALTHCARE AND EDUCATION IN BALI?

Bali is ready for your expat lifestyle! With the growing number of expats in Bali, infrastructure in these areas has kept up pretty well with the demands and needs of foreigners. Options for both healthcare and schooling are more than adequate, offering solutions for the varying needs of individuals and families.

International Medical Centers
As a top choice among foreigners, International Medical Centers offer the highest standards available in Bali. The doctors and surgeons are experienced, attend international seminars and speak English very well, while the facilities themselves are among the most sanitary and modern on the island.
BIMC & Siloam are at the top of the list and are jointly owned. BIMC’s Kuta location is strategically located for ease of access from the main tourist areas of Kuta, Seminyak, Canggu and Sanur; while Siloam has locations in Kuta and Denpasar to service those same areas. Sharing both the name and the facility, BIMC Siloam in Nusa Dua is easily accessed for those in the southern (Bukit) peninsula of the island. For those located slightly further north in the area of Ubud, there are a handful of options, most notably BIMC’s Ubud location.

International Schools
Bali has become an alluring hotspot for expat families with children. With a selection of International Schools such as the Green School in Ubud and the Montessori in Canggu, education in Bali has gained worldwide notoriety for the groundbreaking approaches to education that not only consist of traditional curriculum but also includes elements of sustainable living and eco friendly lifestyles and self-sufficiency. Due to the large number of expats from certain countries, there are even schools such as the Australian Independent School and the École Internationale Française de Bali (or the French International School of Bali). One of the larger and more established schools, Gandhi Memorial Intercontinental School, has been operating for approximately 10 years. It is located in Renon, Denpasar and is a popular choice for those living in the areas of Sanur, Kuta, Denpasar and Jimbaran.

In addition to elementary, primary and high schools with this modern day approach to education, there are also several pre-schools with similar styles. Bali Kiddy School and Sunrise School are very popular choices among expat families for the earlier years of schooling. International Schools offer language classes taught by native speakers and a diverse cultural mix that has become increasingly desired by the global community.

LAND REGULATIONS – IS ALL LAND FOR SALE BUILDABLE?

As a result of the property boom in Bali and other Indonesian islands, the land and building department has implemented some regional regulations.
The time when investors could build on any available land has now passed; the regulations are now extremely strict in most of the regions in Bali, including the Badung area.

Regional and Spatial Planning (RTRW) regulations have a legal duration of 20 years. The recent RTRW regulations of Badung have been ratified to replace the older version ratified back in 1995. Its effective period is from 2013 until 2033. As a result of the new regulations, it is important to consider the following points:

Of the various zoning types, there are 4 primary types of zoning that will pertain to most purchases:
1) Government owned land
2) Residential zoning
3) Commercial & tourism zoning
4) Agricultural zoning (green zone)

2) Residential zoning
The residential zoning, as the name implies, is granted for residential properties such as houses or villas as a residence only. It is possible to apply for different building licenses suitable for a house, villa, apartment (or kost), and even some commercial licenses that are permitted within residentially zoned areas.

3) Commercial & tourism zoning
This zoning is granted for any commercial purpose, which includes hotels, resorts, condotels, apartments, entertainment parks, as well as any residential properties. It is possible to apply for a commercial license and for a Pondok Wisata, which allows for holiday rental.

4) Agricultural zoning (green zone)
Agricultural is only for farming. Residential or commercial buildings are strictly prohibited. No building permits will be issued for houses, villas, and so on.

WHAT ARE THE TAXES AND COSTS FOR BUYERS & SELLERS?

The Indonesian government imposes taxation obligations on local and foreign investors and it is therefore essential to obtain qualified legal advice from a lawyer or legal advisor. We will help you understand the taxes and fees involved by both the property seller and buyer, which depend on the land titles and ownership type.
We do not intend to replace such legal advice, but merely provide a brief explanation of some of the taxes that you may likely be responsible for upon taking an interest in property in Indonesia. These tax liabilities can include Income Tax (PPH), Value Added Tax (Pajak Pertambahan Nilai or “PPN”), Stamp Duty and Levies, and Land and Building Tax. Here is a brief summary of some of the tax liabilities when purchasing property in Indonesia:
For Freehold Property (Hak Milik)
1) Land & Building Transfer Tax

The general rate of the yearly Land & Building Tax is 0.5% of the assessed value of the land and/or land and its buildings. Values are reassessed every year. Luxurious residential properties may incur additional taxes, while exemptions may be granted for land and buildings used for religious, social, educational and other public purposes. For most properties, the current year’s tax amount has already been determined and is available for review before moving forward with the purchase process.

The cost of each notary may vary and is generally 1% of the property sale price. It can be higher though, depending on the complexity of the acquisition and requested services. The buyer usually pays the notary fees, as they are the one to select their preferred notary. Sometimes both parties, depending on the agreement, may share the cost of notary fees.

For Leasehold Property
1) Income Tax – PPh
Formal lease documents are prepared and notarized. They are not, however, registered with the Indonesian Land Office as an encumbrance on the Hak Milik (Freehold) title. It is a private agreement between two individuals, Lessor and Lessee, and there are strict laws protecting the interests of the lessee of a property (land & building). The income of the land & building lease are subject to a final income tax (PPh) of 10% of the rental value of the property and is paid by the Lessor.
2) Notary fees

Same as above for freehold titles, the cost of each notary may vary and is generally 1% of the property sale price. It can be higher though, depending on the complexity of the acquisition and requested services. The buyer usually pays the notary fees, as they are the one to select their preferred notary. Sometimes both parties, depending on the agreement, may share the payment of notary fees.

CAN A FOREIGNER OWN LAND IN INDONESIA? WHAT ARE THE DIFFERENT TYPES OF OWNERSHIP TITLES?

Indonesian Land Law is quite different to the laws that apply in most Western or developed countries. Foreigners wishing to purchase land in Indonesia need to be aware of these differences, as the legal conventions that apply in their home country don’t necessarily apply in Indonesia.

First and foremost, there are foreign ownership rules and regulations and we strongly suggest that you familiarize yourself with them as much as possible.

Indonesia’s Agrarian Law known as Undang-Undang No.5 Tahun 1960 article 16 (1) is based on the Indonesian Constitution. It covers seven kinds of ownership structures, yet for our purposes only four of them apply. These include:

1. Hak Milik or Freehold
2. Hak Pakai or Right to Use
3. Hak Guna Bangunan (HGB) or Right to Build
4. Hak Sewa or Leasehold

An Indonesian citizen is entitled to use any of these structures, however a foreigner is not.
The government recently updated the property ownership laws, making it easier for foreigners to possess or own land and property under Hak Pakai (Right to Use) and Hak Sewa (Leasehold) for residential properties, and Hak Guna Bangunan (Right to Build) for commercial purposes. Using a nominee (Indonesian citizen) to get a Hak Milik (freehold) title may seem like a viable option at first, however, it is not a legal structure of ownership for foreigners. While the practice is commonplace, there is a certain level of inherent risk involved. It is therefore best to get proper advice so one can choose the correct form of legal ownership.

Hak milik (Freehold) is the most secure and complete title that can be obtained. Freehold titles may only be held by Indonesian Citizens or Indonesian legal entities (those which are entirely owned and operated by Indonesian citizens). It is impossible for a foreign individual to have direct freehold ownership of land in Indonesia.

All Indonesian companies, whether PMA foreign investment companies) or other, are unable to possess a freehold title over land and are compelled to use other titles such as Hak Guna Usaha (HGU) and Hak Guna Bangunan (HGB)

The Hak Pakai title is the government-approved method for foreigners to purchase the exclusive use over a Hak Milik land, which is legally registered in the name of foreigner.

A foreigner is permitted to hold only one Hak Pakai title in Indonesia at any time and it must be for residential purposes only.

Hak Pakai is transferable or renewable if sold to another foreign purchaser and can be also upgraded to Hak Milik (Freehold) if sold to an Indonesian citizen.

Not to be confused with the Leasehold title (Hak Sewa), Hak Pakai is a registered proprietary interest in the Hak Milik land rather than an unregistered interest.

A Building Rights Title (HGB) gives the right to construct and own buildings on a piece of land that someone else owns. Such title is granted for a maximum period of 30 years and can be extended for another 20 years. Building Rights Titles are granted to Indonesian citizens or legal entities (including PMA companies) and can also be used as collateral or transferred to a third party.

Leasehold (Hak Sewa)
Right of Lease (Hak Sewa) is effectively known and referred to as Leasehold. Leasehold rights are normally granted to tenants of both residential and commercial premises. Acquiring the leasehold of a property is relatively straightforward, with the name of the foreigner/Lessee appearing on the lease. Lease periods vary but durations of between 20 to 50 years are common in Indonesia, with extensions normally agreed upon in advance. Leasehold (Hak Sewa) certificates can range from one year up to the same maximum length as Hak Pakai of 80 years. 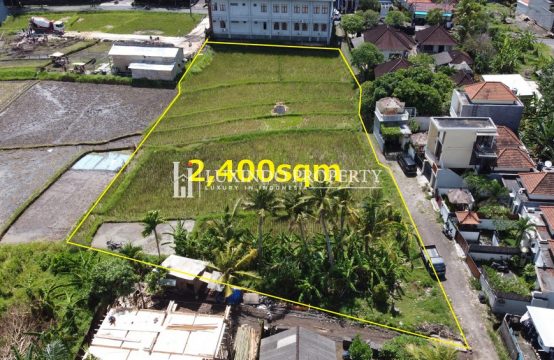 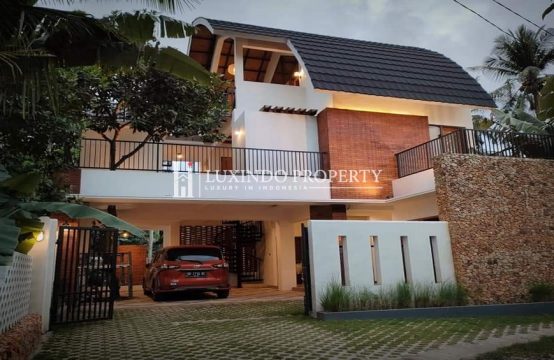 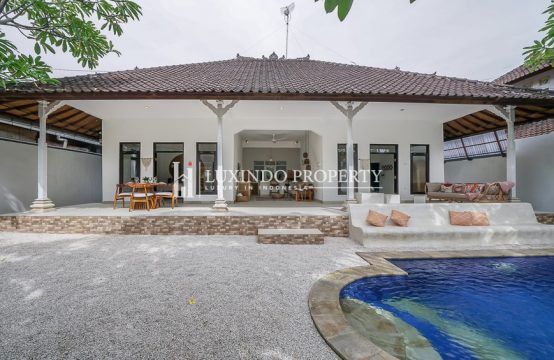